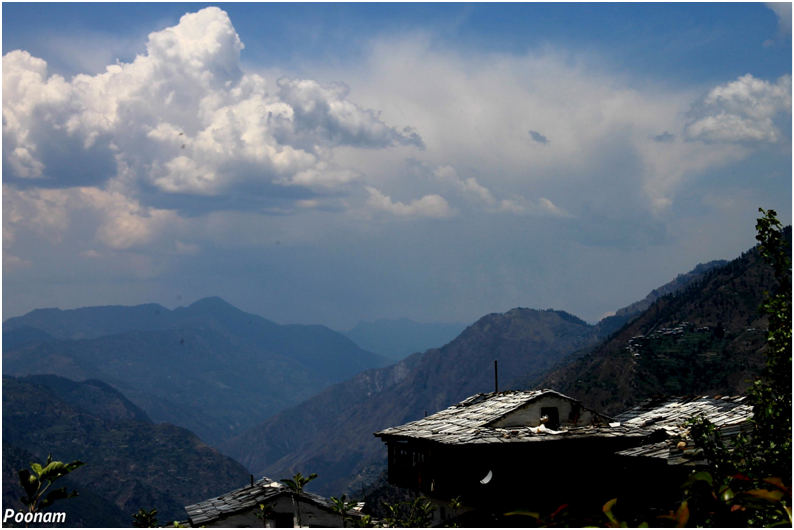 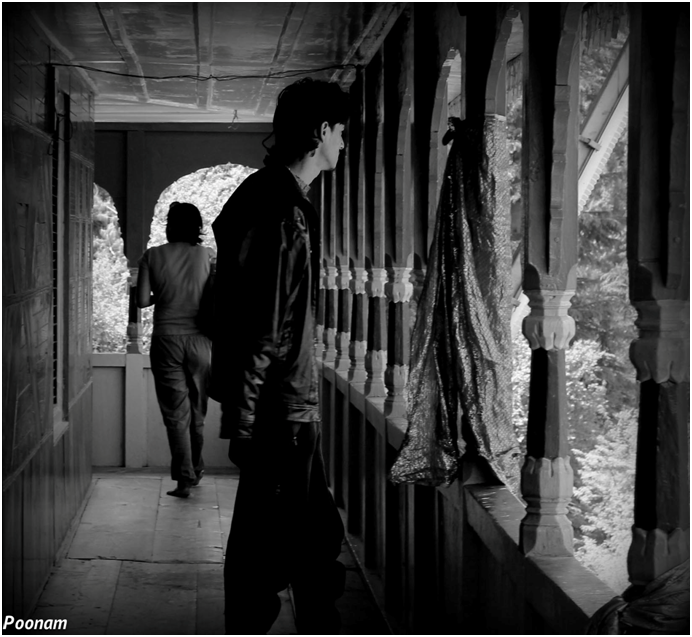 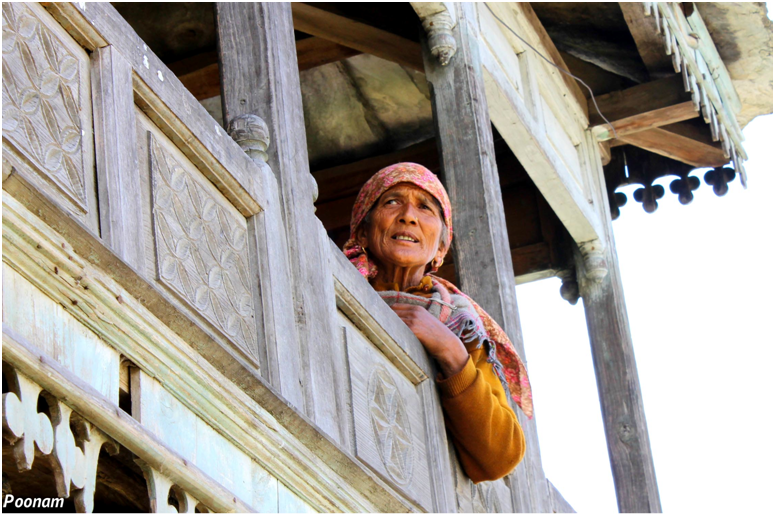 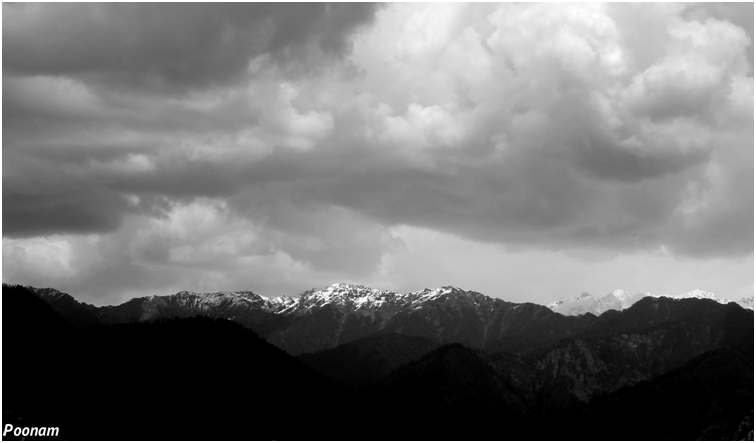 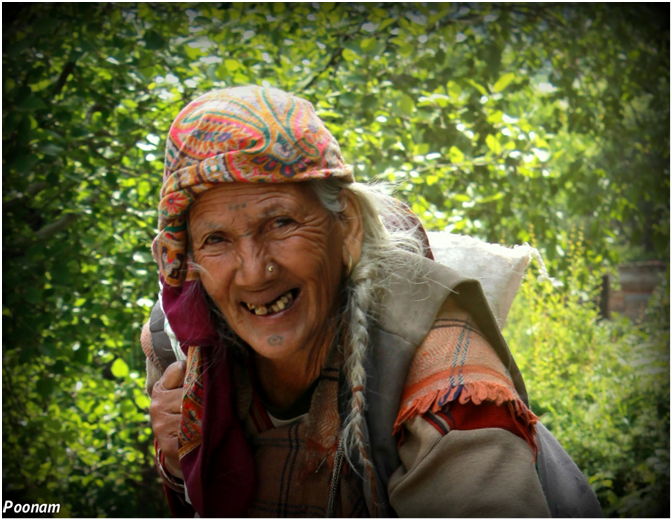 Something for everyone
Tirthan valley is untouched but has no dearth of things to offer. Poonam summed up nicely ‘for the adventure lovers/ explorers, one has many things to explore whether it is nature, food, people, treks (still very much non commercial, one feels right at home)’.

There are other attractions too. One of the things Poonam and I did was to go for a walk on the first day around the camp (or a homestay) we were staying at. We were not in the mood for a serious trek so walked slightly uphill to a village (Village Biyar), which was kind of hanging over the camp along the slope of the mountain. We came to a pretty but modest temple before we reached the village. The temple had vibrant colours, seemed like freshly painted. There were very few people around. The priest probably lived next door with his family. There was a two storey wooden house adjacent to the temple. Someone came out as we approached the temple and offered to show us around. The temple was also constructed with wood and commanded a nice view of the valley below.

From the temple, we walked towards the village on a hard to identify and almost secluded narrow road. Calling it a road is actually an over statement – it was a simple hilly track. The village was almost at the same height as the temple – or may be a little lower. Curious onlookers, little boys and girls, and grown men eager to be photographed, a smiling elderly lady on a balcony and faraway snow capped mountain peaks greeted us in the village. The lens crazy women that we are, we went on a frenzy to click photos. In the process we made some small talks with villagers too.

There were other interesting sights such as a basket of pretty mushrooms or the sun occasional peeping from behind the cloud cover and spreading its rays across valleys.

The next day too we walked to a nearby spot. This time we climbed down the hills (with occasional climb up, which was killing us, guess we were not very fit!) to River Tirthan. There were lovely little springs, houses with colourful blooming roses and distant villages on the way. We walked through pine forests, had tea in a nice ‘road side’ stall and talked to a few passersby. People were quite friendly (like this graceful old lady in Poonam’s photo) but sometimes also shy.

Finally we reached our destination. The water of Tirthan river was soothing and cool. It was fantastic to sit and watch the river splashing on small and big stones, and dancing its way to the confluence. We sat on stones by the river for a while and soon were joined by other friends, who were visiting.

On the third day, we finally moved a little further – to Jalori pass, which connects Shimla with Kullu. Jalori pass turned out to be a bit more touristic. It was populated with eating joints and frequent buses and cars carrying both locals and tourists.

The guy at the food stall we decided to sit in made us delicious tea, after which we walked up to a nearby peak (accompanied by a very patient guide that the camp was kind enough to provide us). Not before promising the stall keeper that we’ll be back for lunch after our little hike, though.

The view from the top was spectacular (and there were no other tourists than us). We were surrounded by 360 degrees of layers of mountains with snow capped ranges as the last layer. The sky was clear blue scattered with a handful of white clouds. Some species of kites and crows were flying across from one hilltop to the next.

We were in the middle of miles and miles of light green meadows with very small temple like structures on top of the hills. The meadows were dotted with yellow daisies and occasional trees of low height. The landscape was completely different from what we had seen in the last few days!

We found a group of villagers from places around gathered on a hilltop next to us. They had come to offer prayers and worship for good rainfall at what I thought was – a temple like structure. Our guide confirmed it was a temple. Needless to say both the villagers and we were immensely curious about each other!

Soon we started heading back to the pass using a different route. We were crossing meadows to climb down from a different hill. On our way we met a few people. In particular, I remember three ladies, who came to collect roots of a tree, resting on a meadow. We were told these roots are in high demand in China and can fetch a much higher price in Chinese markets than local markets (unfortunately don’t remember their name or even the prices).

Once we were back at Jalori Pass and to our foodstall, we ate some Maggi instant noodles cooked in local, very desi style. It was lovely to sit inside the shop and watch the noodles being prepared with vegetables and eggs by the owner. Poonam and I also took the opportunity to go on another of our shutter frenzies capturing the shops around, passersby, other people waiting for their food and distant mountain ranges with our cameras.