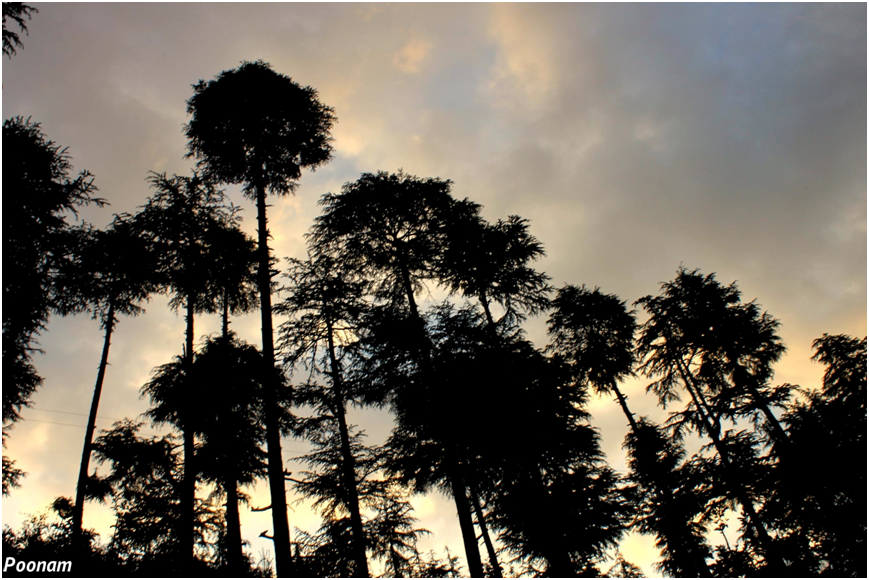 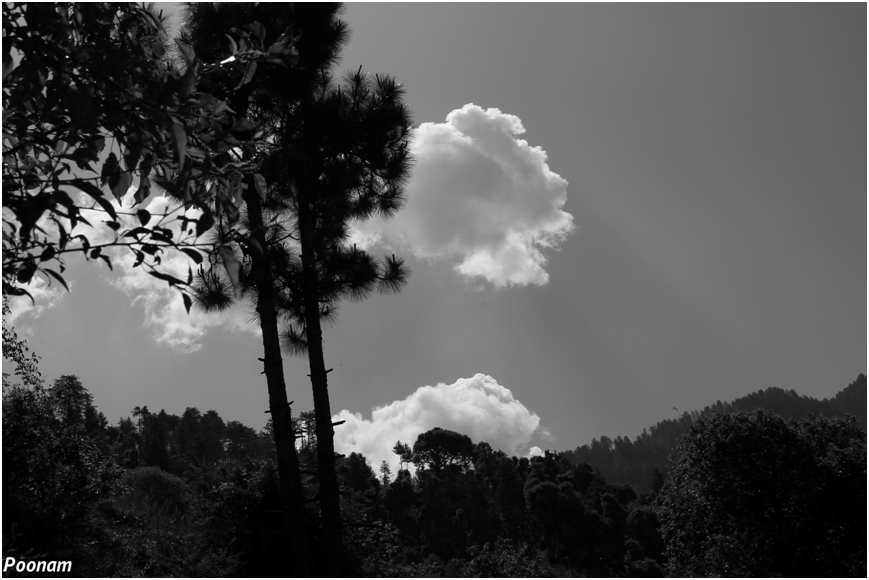 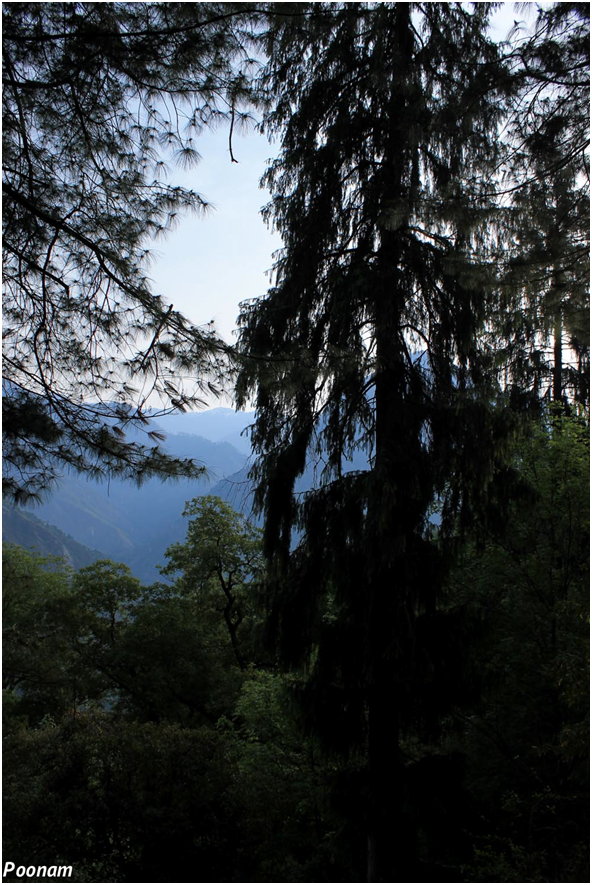 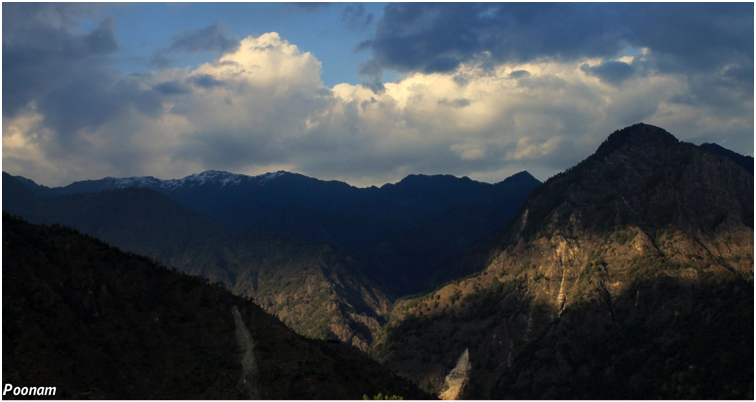 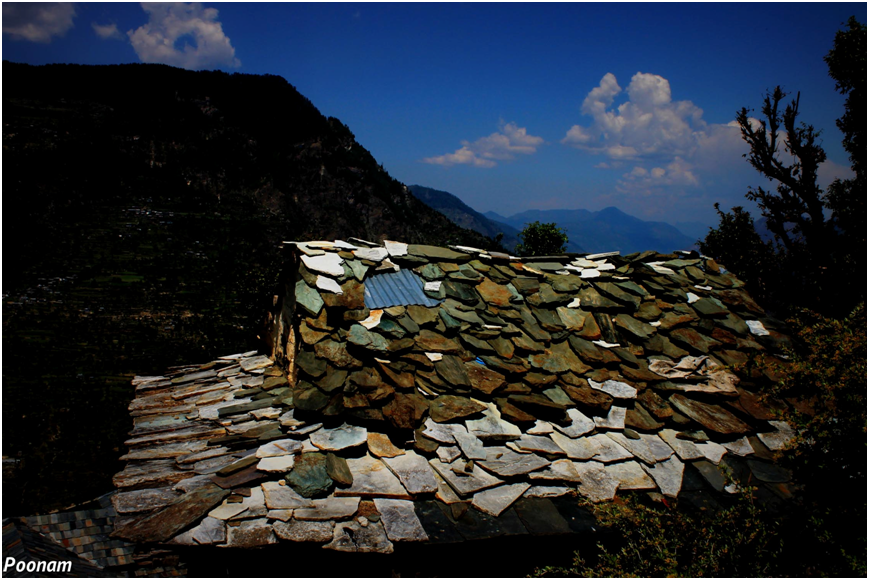 The Arrival
It was Poonam’s first visit to Tirthan Valley, my second. After my first trip two months earlier – I wanted to go back to explore the area and who a better companion for this than Poonam, who like me likes unexpected amusements, unplanned explorations and wishes to take the ‘road less travelled’?

It was a pleasant day in May 2012 when we arrived in Tirthan valley. We were greeted by tall pine trees and 360 degrees of mountain ranges – a common sight in the area but which seemed to have trapped a certain kind silence that almost never leaves the valley. Pine trees were rising up from the undulating earth majestically towards the clear blue sky with occasional (more frequent at certain times of a day) white and grey angora like clouds sailing across. It had a different feel altogether.

To me, these lines from a verse summed the scene up:
I stretch my arms like a swan flying
And watch, weightless, the world turning
So high up I can see – endlessly it seems
Rome and white mountains rising beyond
~ ‘I stretch my arms’, James Harper

My Uncle and Aunt, who were staying with me for a few weeks when I was writing the article, had their own take on this photo Poonam took of the scene. My aunt said she thinks of the phrase every cloud has a silver lining when she sees it. To her the photo speaks about going towards light as dark cloud cover clears up. When I looked at it closely, I kind of agreed. There are so many different ways of interpreting a picture!

Mysterious
Tirthan Valley and the surrounding areas that we visited (Jalori Pass and Banjar) have an untouched and untrammelled beauty, which is rare – at least in this part of the world with teeming population and scarcity of land. There is also a touch of mystery in the ambience. So much is still left to discover of the place, going from one corner to the next, one almost expects something unexpected or unimagined to appear. While reminiscing about her experiences Poonam said the following: away from the maddening crowds of Manali and Kullu, it felt like a secret hideout with surprises that one can unwrap slowly.

Indeed! I wrote about this in another article for Go Himalayan. Its hard to get over the fact that Tirthan and other valleys around the area have so far managed to escape herds of tourists – Indian and foreign. And it’s hard to get over the sense of awe and amazement one feels as a day unfolds twists and turns hiding in nooks and corners of the valley and the hills around.

The weather was beautiful – the temperature ranged between teens and early twenties (it was burning hot mid 40’s in Delhi from where we travelled!). Surrounded by bluish green mountain ranges, it felt like another world. Then there were small hilly paths in the middle of a jungle up in a hill, some village completely hidden in laps of mountain ranges, bendy fiercely roaring hilly rivers splashing on boulders or the sun playing hide and seek with the peaks, which helped to create the air of mysticism.

The sense of mystery stayed with us throughout the trip. There were so many other elements, which added to it such as slate tiled houses like this. Or a broken room such as this.

It is my house, and yet one room is locked.
The dark has taken root on all four walls.
It is a room where knots stare out from wood,
A room that turns its back on the whole house
~ ‘The Room’, Kevin Hart

Even a simple Himalayan river such as this seen from a height, which my Aunt said reminds her of a very famous poem by Rabindranath Tagore: ‘the Fountain Awakened from its Dream’, enhanced the mental imagery of other worldliness. Written in 1882, the poem is in Bengali. Unfortunately I could not find an English translation on the web to include a few lines (will not attempt to translate!).