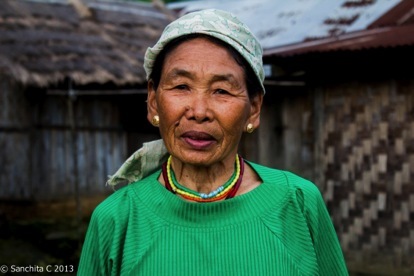 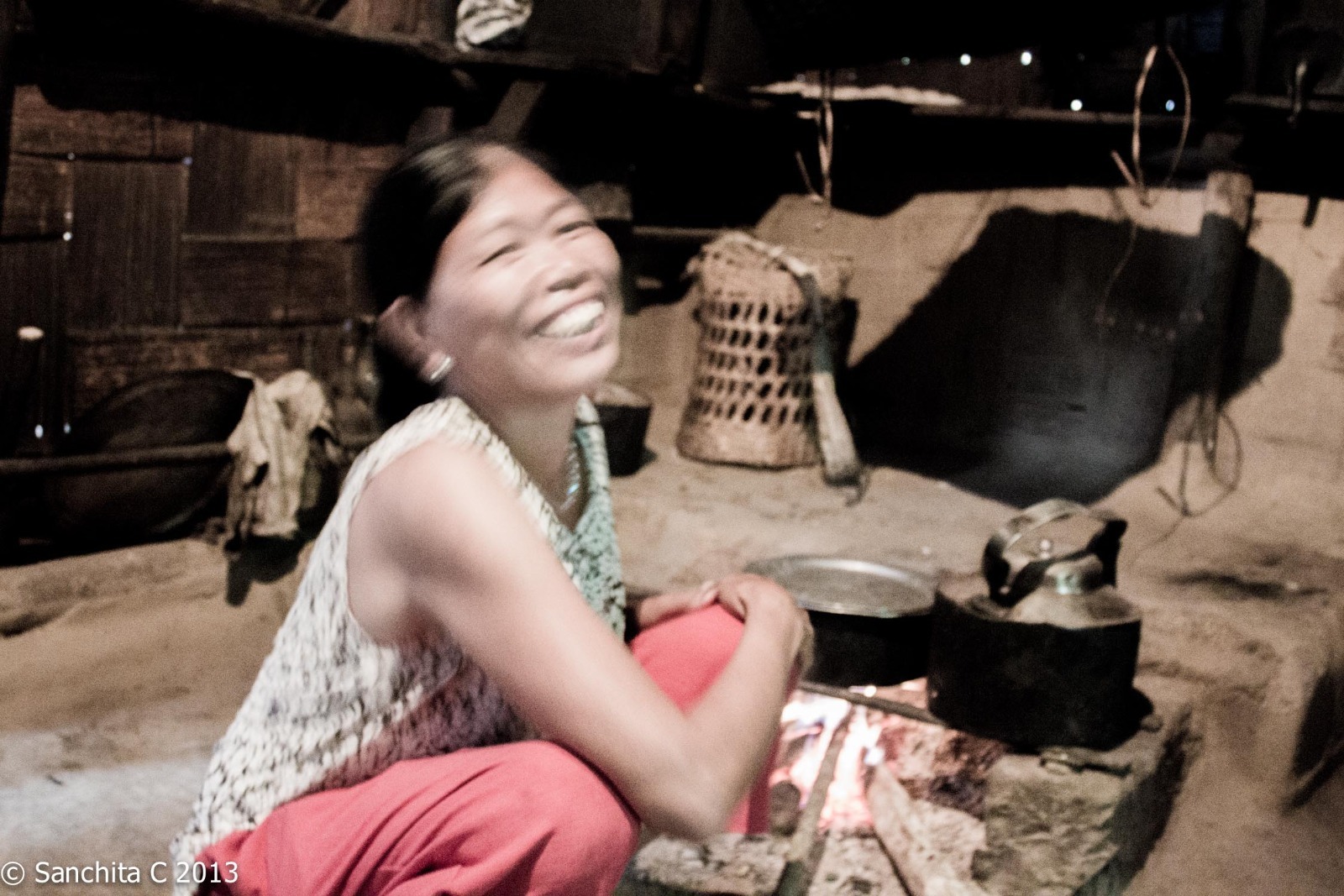 Besides the solemn occasion, there were social visits from my friend’s neighbours and relatives, people hanging out in the house and outside throughout the days, elaborate arrangements to prepare smoked and dried pork and, a lot of laughter and jokes. It was raining on and off, which made the surrounding hills more green and beautiful. One of the days I went around for a walk in the town and saw the community church - quite big compared to the buildings around it - and strolled in the streets.

The day after the engagement, a few of us (I think about 10) hired a car and went on a short trip to Doyang Dam Reservoir, which was about 30 km to the North-East of Wokha. There was a dam and a lake right in the lap of lush green hills and very few people around. It felt as if we discovered a little kingdom to govern. We had some lunch and locally made rice wine in Doyang. Then we drove up to a hilltop, which commanded a grand view of the valleys below.

We reached a village first, which I thought was straight out of a picture postcard with small but pretty tiled-roofed houses, narrow, hilly but clean roads and a relatively small church (smaller than the one in Wokha). We stopped in the village as some of us wanted some more rice wine. There was a cheerful lady with small children who makes and sells rice wine. She explained the process of making the wine from fermented cooked rice. After having tasted it a few times, I have to say I didn’t take to it too much. It is an acquired taste. From the village we hiked to the nearest hilltop with a view. I realised again how I am unfit am for mountain climbs. It was depressing to see local girls and boys almost trotting along the slopes while I was panting! However the climb was worth it. Someone had constructed an observatory kind of structure of 3 storeys on the top. From up there one could see distant villages, which looked tiny on the laps of mountain slopes and luxurious green forests. We also spotted the lake by the dam we had just visited - it looked very far away and insignificant. There were spongy white-grey clouds below us leisurely sailing between hill ranges. It was as if we were in heaven.

Just before leaving Nagaland I spent a day in Kohima, at my friend’s sister’s house. Kohima is more of a big town than a city. It has sloping roads and retains an aura of a quaint hilly town. Fierce economic development is yet to reach it. The most interesting thing I saw in Kohima is a war memorial – commemorating soldiers who were killed in the battle of Kohima of the Second World War in 1944. The battle was fought between British (India was under the British rule then) and Japanese forces. The Commonwealth War Graves Commission quite nicely maintains the memorial.

Like many regions of the world, which has emerged from a troubled past, the state of Nagaland too is grappling with issues such as economic backwardness and perceptions of outsiders about the place. After having visited the place and getting to know the people, I have a different view. Once Nagaland begins to exploit the full potential of its spectacular and interesting elements, there would be no stopping.

Now I am back (to my home town - Kolkata, while my present place of residence is Delhi) and looking at the picturesque photographs and going over the stacks of memorable moments from what I feel was a really short stay in Nagaland (only 4.5 days). I am more determined to travel to the other North East Indian states (I have been to Meghalaya before and passed through Assam during that time) and more such less traveled, beautiful and interesting places in India and elsewhere. A lot to see, learn and catch up on!