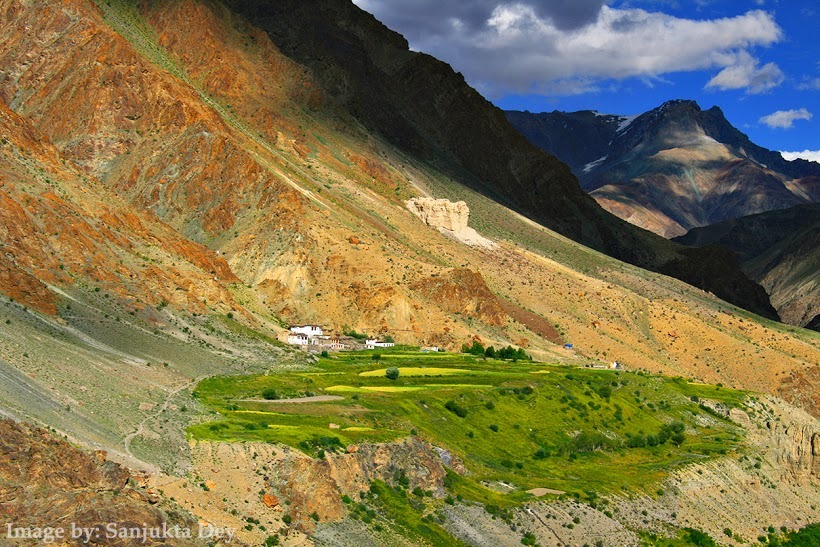 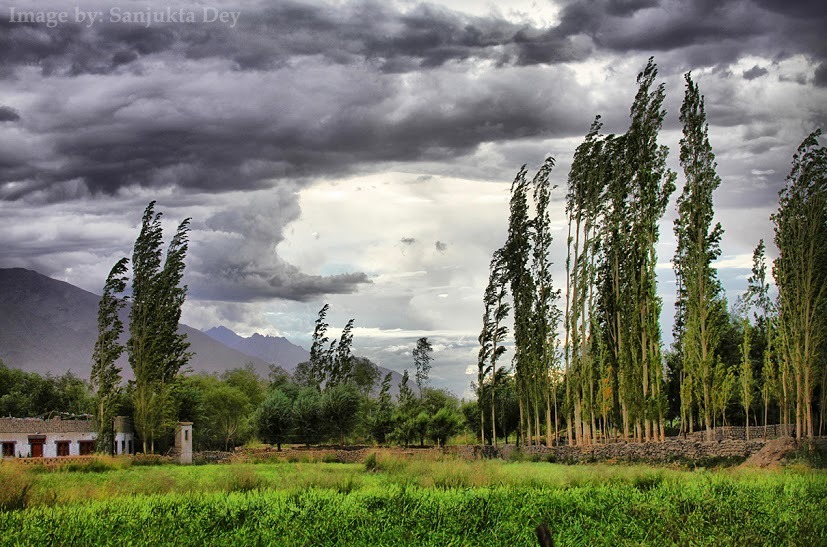 The Indian trans-Himalayan region is unique in multiple ways. Nowhere can we see such wide valleys carved by natural erosion, perfectly rounded mountains in various hues due to mineral presence. The climatic conditions are rigorous and challenging, human beings are like insignificant specs, while nature dominates. During my first trip having realized that 23 days was too short a time to understand and savour this ancient land of geological marvel and where Buddhism is a way of life, immediately had made specific plans.

My intention was to follow the route of a very famous British expedition team (from 1977) and perhaps take a few extra steps. The main objective was to explore the villages in almost virgin areas, document some obscure but extremely important Buddhist monasteries and search for the Himalayan mystics.

Three obstacles that stood on the way was fund, fitness and the perfect handler. The expense was going to be phenomenal, fitness a challenge having torn hamstring and adductor tissues in both the legs in a gym accident and finding the handler who could make (or break) this trip.

Having managed to arrange adequate funds and getting the clean chit from the doctor; landed in Kushok Bakula Rimpoche airport on a clouded morning. Those who have travelled to Ladakh both by road and by air have a tough choice to make for their next trip. A journey by road is more leisurely, filled with adventure and health hazard but stunning scenic view makes it up. While the aerial view of the airport and surrounding area as a friend had described, looks almost like a dinosaur nesting site; the snow covered peaks looks surreal. It was reassuring to find Rishi waiting outside. We had met few years earlier during a trip to Spiti (in Himachal). He is a veteran trek guide with a Master’s degree in Geography and an expert map drawer (a skill which can be a life saver while travelling to areas which isn’t shown on conventional maps due to national security and other reasons). Knew that his expertise, cool headedness and ability to make instant rational decision were a perfect foil to my novice, hot headed and daring approach.

After driving down to Shey (a village in the shades of willow trees situated some 15 kilometres away from Leh) where my base would be for the next one and half months, we immediately poured over maps and made the basic travel plans, tackled forms for permission, prepared the shopping list. Asked Ali, the driver (who would at a later period also double up as an interpreter) to get the car serviced for the forthcoming trip. Normally climatic conditions in trans Himalayas from late June till early September is excellent, but this year the pattern was being interrupted with menacing clouds forming a cover as early as in mid July with occasional drizzle. Thus, bad weather forcing us to postpone the trip for a few days making us worried and jittery about road block due to early snowfall. So, finally when the weather god smiled down upon us we were more than jubilant. We loaded our vehicle with dry/canned food, other edible stuffs, personal luggage/belongings, trek and camera gears, camping equipments, first aid box and a large jerrican filled to brim with fuel. It wasn’t until we drove past the Indus River view point that the fact registered we were on the road, actually heading towards an unknown and uncertain destination. Both Rishi and I sticking our heads out like two German Shepherds from our respective car windows shouted, ‘Yaaaaaay!

On the way we needed to halt in a small non descriptive hotel in a place which is unlike the rest of Ladakh. People make places (sometimes if not always) and here the people are both abrasive and aggressive, a distinct shift in nature from overall peace loving Ladakhis. Having been there the year before knew what to expect and wasn’t disappointed. All we needed was food and shelter for the night and then continue with our forward journey. We started our drive early morning post breakfast. After about 80 – 100 kms the road conditions remained just as bad as last year. It isn’t that BRO (Border Road Organisation) and PWD (Public Works Department) doesn’t put in adequate effort in maintaining these roads but every winter very heavy snowfall does the damage. So, it is an ongoing process of man versus nature.

It isn’t until late afternoon that we reach the valley where we wanted to halt for the night. Flanked by dominating mountains on all sides, the nights are windy and bitterly cold. The tented accommodation was run seasonally and provided only the basics; however a cast iron bed with blankets, rubber hot water bags, hot meals and covered toilet cubicles in such an area was height of luxury. Next morning we drove through meandering streams, open meadows, high passes, glaciated valleys and lesser known lakes. Taking breaks in between to savour and cherish all that we saw; understanding the Buddhist concept of ‘sunyata’ or emptiness becoming easy in such a place.