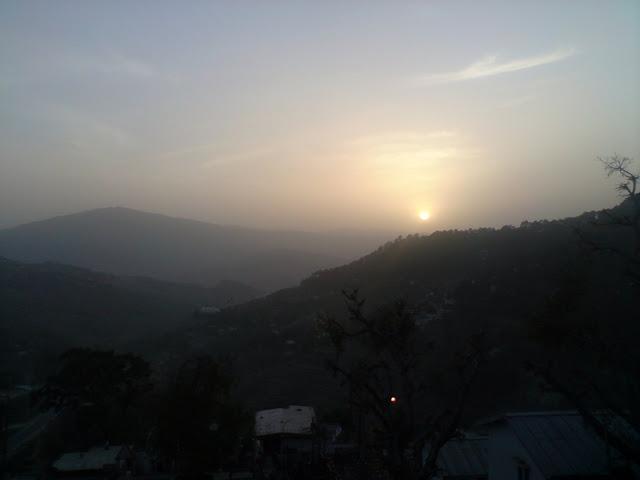 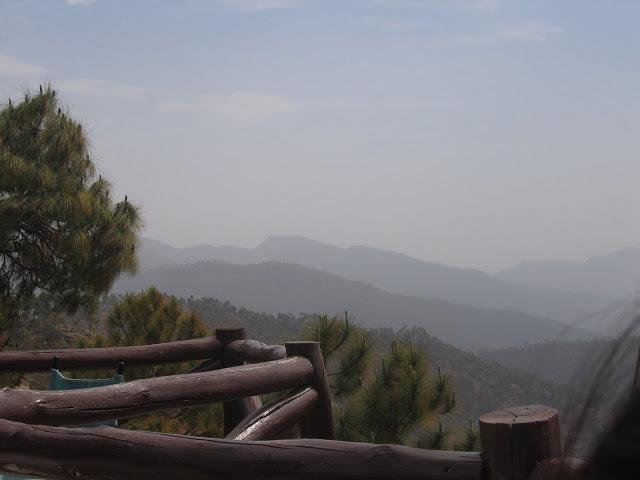 To be very frank I won't have gone to Binsar if Club Mahindra didn't have any resort there. Since we became the member of Club Mahindra this was our first long trip, and trip a after almost nine years to the Himalayas. We'd planned for a vacation in US around the same time last year. But it was cancelled at the very last moment due to a series of sudden and shocking incidents. Since then we're really waiting for another trip to compensate for whatever had happened last year. We decided to go to Uttarakhand because not many places are left for us in South India. Club Mahindra has quite a few resorts in Uttarakhand. We decided to choose mainly the places where the resorts are located.

Before browsing through the website of Club Mahindra I didn't even know about the places like Binsar or Naukuchiatal. Yes, it's sad that I (and might be most other people in India) was totally oblivious and ignorant of a part of my own country that has a rich history and culture which is no less antique or interesting than many of its better known contemporaries for a span of almost 1500 years. Had I not gone to those places, I won't have ever taken the initiative to read about their fascinating history or seen some of the oldest surviving architectures in our country.

The present day Uttarakhand has been a place that used to arouse an awe and aura among Indians since the past 3000 years. It was referred to as Kedarkhand in Vedic times (1500-1000BC), Uttarapanchal by the composers of Upanishads (700BC), Uttarakaushal in Ramayana, Uttarakuru in Mahabharata and Uttarapatti by Panini (600BC) & Kautilya (300BC). The region around Almora was mentioned in Skanda Purana as a region between Alakananda and Kaushiki (Kosi) rivers. Apart from several historical inscriptions, reference of the Kasar Devi temple on a hilltop near Almora is also found in Skanda Purana, making the temple almost 2000 years old.

Uttarakhand is divided into the eastern Kumaon and western Garhwal regions. The Katyuri dynasty ruled over the unified Kumaon and Garhwal regions for greater part of 6-12th century AD. They called their kingdom Kurmanchal, from which the term Kumaon was derived. Their first capital was at or near Joshimath, some time around 6-8th century and later the capital was moved to Baijnath. At its peak the Katyuri kingdom stretched from Kabul to Nepal. It was during the Katyuri Rule that Adi Shankacharya (788 - 820 AD) came to the Himalayas. He founded four 'Maths' (centers for learning and propagating Hinduism) in the four corners of India - Sringeri in Karnataka, Dwarka in Gujarat, Puri in Orissa and a place called Jyotirmath (Joshimath) in the Himalayas. It's really fascinating to know that someone had travelled the length and the breadth of our country on foot some 1200 years ago with a missionary zeal. Joshimath's shot to fame mainly due to its association with Adi Shankacharya, who hailed from Kerala and finally died in Kedarnath. The temples of Kedarnath and Badrinath, both of which have been well referenced in ancient literatures and mythologies as holy places, are believed to be re-enshrined by Adi Shankacharya, though the present temple buildings at both the places were constructed much later. During the same period the Katyuri Kings started constructing many temples at places around Almora - Bageshwar, Baijnath & Jageshwar. Most of these temples (or rather temple complexes) were renovated, constructed and reconstructed by multiple rulers over the next many centuries. Most of these temples, dating back to 7-8th century AD, exist even today in very good conditions in wonderful surroundings and locales. I can't but say that the sites of each temple were chosen in such a way that the natural beauty of the surroundings itself could arouse a sense of divinity and spirituality. It's no wonder that many spiritual leaders used to always choose the best place to medidate. Adi Shankacharya walked some 2500km from his home to see the Himalayas, Guru Govind Singh chose the awesome Hem Kund Sahib and most recently Swami Vivekananda chose Kasar Devi, a hill near Almora, for meditation. Rabindranath Tagore also took solace for some time in Almora during a turbulent period of his life when he had a series of personal tragedies between 1900 and 1910. It's not a bad idea to keep a track of the places visited by such people for what-so-ever reasons because undoubtedly they had a much greater sense of beauty. A visit to Almora and the surrounding places bear testimony to the superior sense of beauty of these people.

Coming back to the history - the Katyuri kingdom brokedown into several small principalities around 11th century AD when the Chand Rulers, a line started by Som Chand in 7th century AD in Champawat, close to Nepal border, took control over th