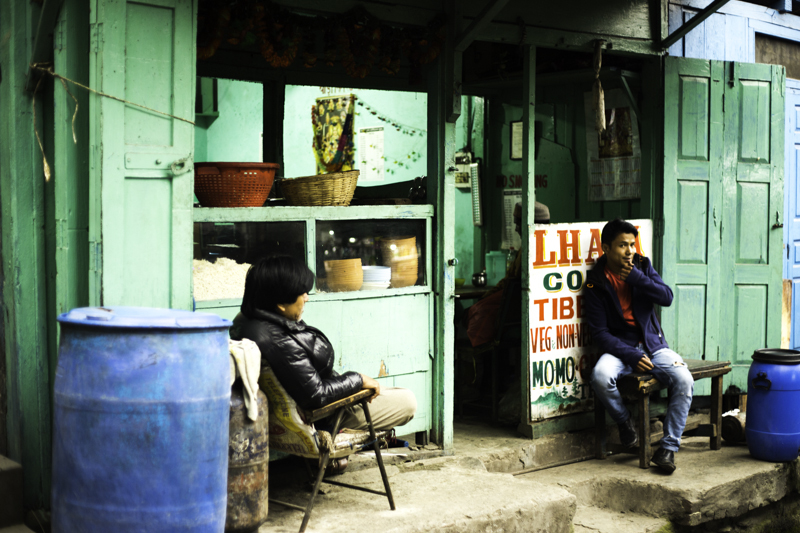 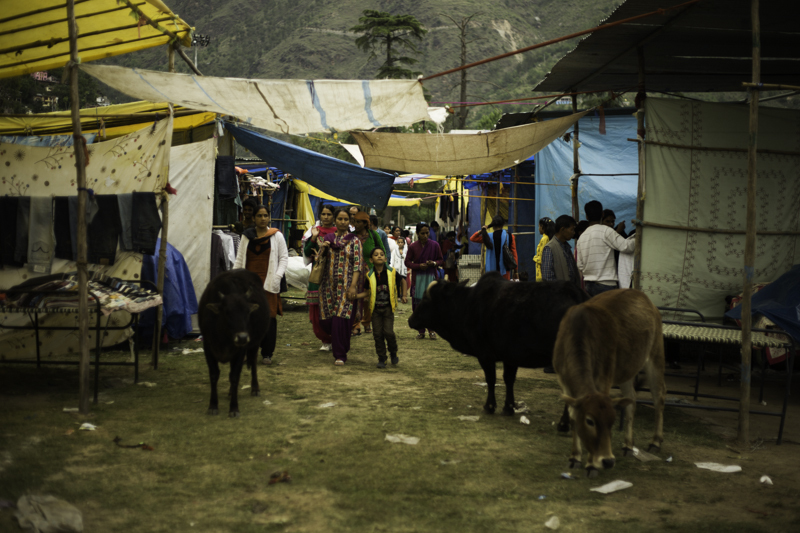 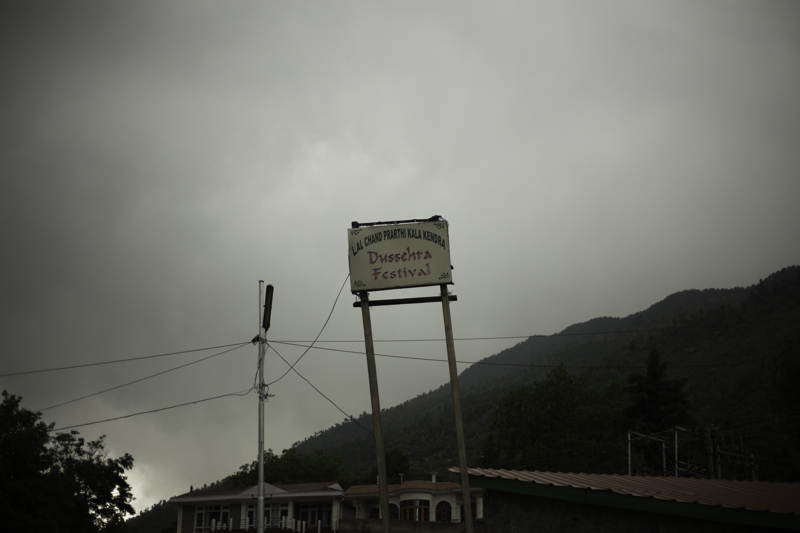 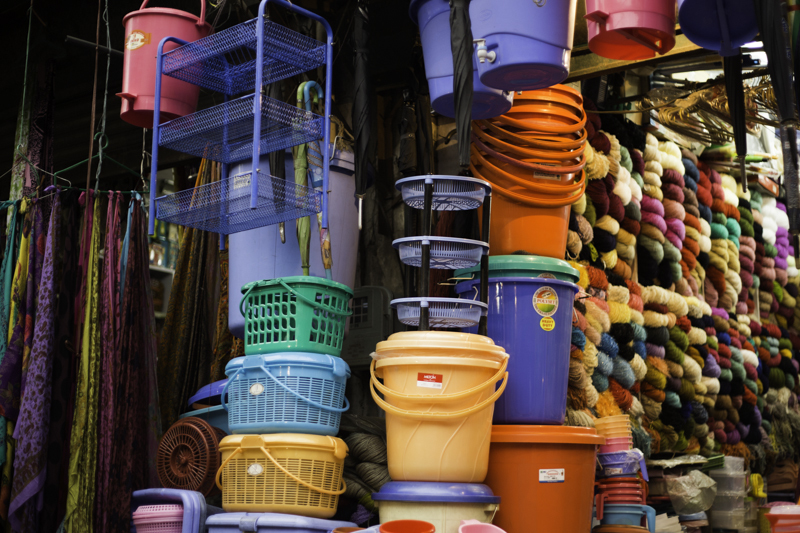 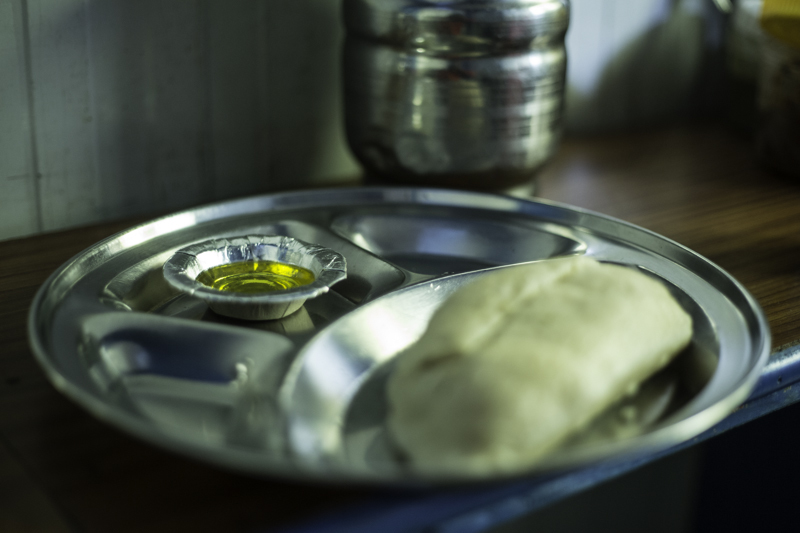 I was staying in Tirthan Valley, near Gushaini for sometime and I decided to go on a day’s trip to Kullu town. My primary reason for the trip was to visit a fair held on a ground that hosts Dussehra fair ever year known as Dhalpur Maidan. Kullu is famous for its Dussehra fair - held around October every year, starting on the day of Dussehra (or Vijaya Dashami or the 10th Day after the New Moon) and continuing for seven days. Kullu valley falls between Manali and Larji, well known for many of its temples and scenic beauty of mountain ranges around.

I reached Kullu just after mid-day, it was drizzling and stalls of the fair were not set up yet except for a few, which were still arranging their wares. There were a few other visitors. Stalls were selling blankets, shawls and woolens of the kinds commonly available in this region, other types of clothes, household stuff and fast food.

My next stop was a market. I went to one of the important markets in Kullu on a narrow sloping road. The market had shops of different kinds – clothes, groceries, toiletries, eateries and household stuff. I spotted a few Tibetan-run shops and restaurants. The market was big enough to have ordinary-use items and limited fancy items.

My next stop – and what proved to be the best one – was a restaurant where siddu, a local delicacy is made. The small eatery was a part of a food court selling local delicacies and tea. I was told the owner of the eatery is well-known for the siddus of her shop and have been interviewed by television channels. Siddu is made from big pieces of wheat flour bread and eaten with stuffings, ghee and different kinds of sauces or chutneys. The freshly made siddu served to me went quite well with the weather and my mood, adding an interesting dimension to the experience.

While returning to Tirthan Valley, I stopped at an Angora rabbit farm outside Kullu. It was a run down place, seemed not to be doing much business. The farm gets angora shawls, stoles and mufflers made by villagers in the surrounding areas.

The trip to Kullu was a mixed experience but I was glad I went. It is the biggest town in the area and in the end had some surprises for me.